A moving image and sculpture work made initially for Campus Ås, NMBU.

The launch of the film and sculpture were postponed one year fro 2020 but some still images from the film are available here.

A surreal post-apocalyptic home party placed in an undefined future where the location is fluid. This work focus on 3D printed replicas of various household plastic objects, common in 2012, which take on a new role in a post plastic future.

The party-host guides the party participants through a fragmented story about and relationship with objects. Reenacting a home party, in a world where this is not possible or relevant. Questioning ideas around Object Orientated Ontology and current collection and valuation of artefacts.

This work is part of Maren Dagny Juell’s video series Tutorials where she questions the role of advice and instructions through a mediated technological society.

In addition to the film, Maren produces a sculpture made of 3D printed objects as a display to be placed in the middle of an arboretum (in a forest) at the University of Biosciences (NMBU) in Norway. The plastic objects are printed in PVA, a material made of corn that composts when exposed to nature.

Women (from right to left): 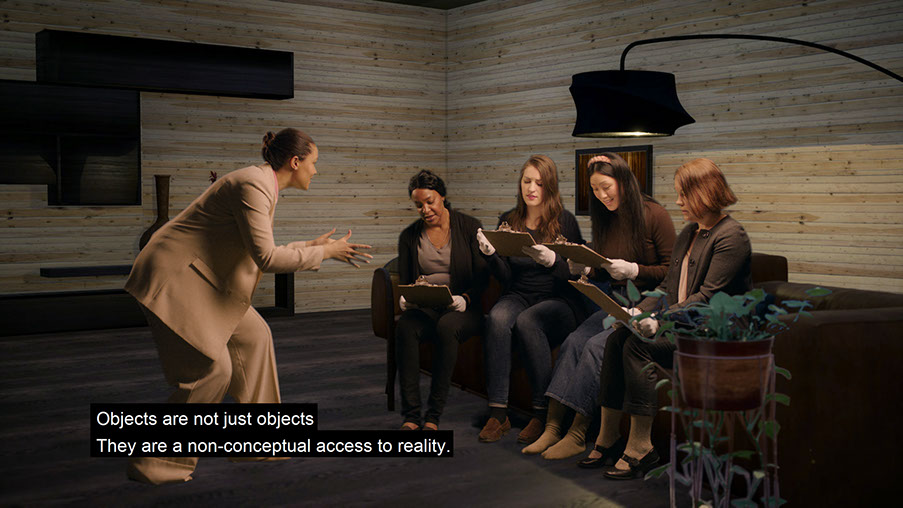 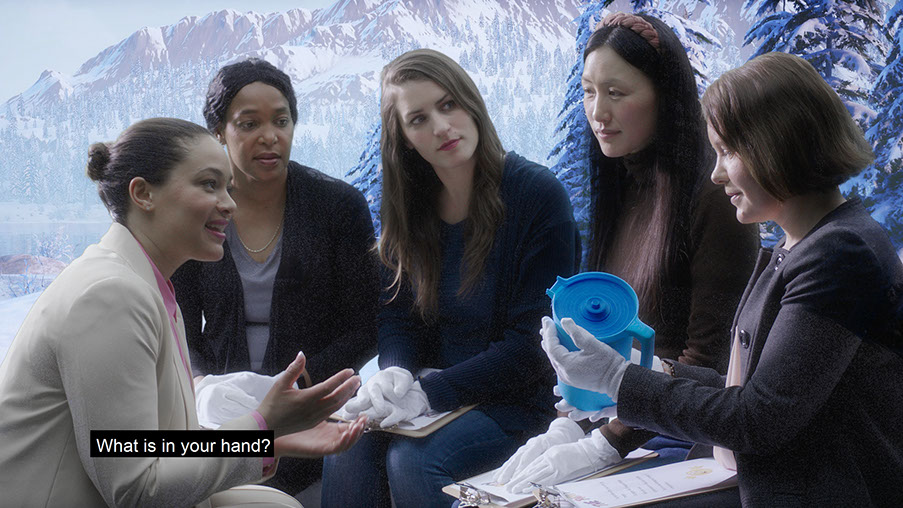 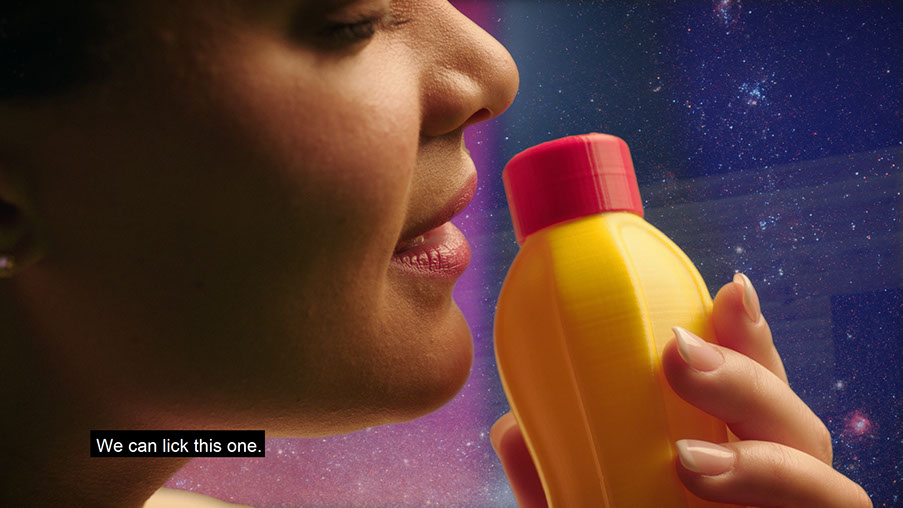